I grew up in Tucson, AZ, and Chapel Hill, NC.  My mom is a wildlife biologist and my dad is an architect.  I love art and science equally, and planned to be a physicist until I took a course in 3D design in college that led me into the ceramics studio, where I got hooked, changed majors, and have stuck with it since.  I’m focussed on the intersection of new design and old craft.  My work reacts against the notion of design as the purview of industrial manufacture, and its corollary, that traditional craft belongs to traditional forms.  I think that design thinking, untethered from demands of mass production, can be more innovative, not less, and deserves to be expressed in pots with distinct identities and personalities.

Everything is midrange stoneware, cone 6, thrown and altered/carved/assembled.  Terra sigs and raw fluxes sprayed on.  No glazes.  I use two bodies and both are tested to be below 1% porosity, hard, durable, and water-tight.  Microwave and dishwasher safe.

*note* – as far as education and experience go, I never know what is relevant or sounds good to the public.  I’m sure you have a good sense for it so I just listed a condensed version with explanations so that you can decide what seems worth mentioning for your card.  I apologise if it’s overly rambling (like this is, clearly).  The actual titles and dates are listed first and you can just ignore everything else if you want.

2002 – BA from UNC – Wilmington.  I was definitely a ceramics studio rat,  but it was a small art department that didn’t differentiate between disciplines.  So just a Bachelor of Arts without a specified focus.

-2005- Semester scholarship at Siler City Community College.  I did learn a lot of glaze tech and kiln tech, and I built and fired kilns and all, but I usually don’t even mention it in my resume, just since it was a little thing and so short and no one cares about community college.  Mention it or leave it out if you want (of course that’s true about all of this – whatever you decide to include/exclude is fine by me).

– 2006-2008 – 2 year apprenticeship at Mark Hewitt’s in Pittsboro, NC.  I never know whether to call this education or work experience.  It was a real-deal, full time, traditional apprenticeship, just the same as he did at Cardew’s.  As apprentices, we were paid a (low) monthly wage along with a housing stipend (if we didn’t live in the apprentice cabin, which I didn’t).  We labored in the morning and made pots in the afternoon, but we didn’t make our own pots – we made his pots with our apprentice stamp under the WMH stamp.  They belonged to him and were sold by him at the kiln openings.  Old school.  So really, I don’t think it fits neatly into education or work experience.  Neither and a mix of both, really.  Not like that cosplay nonsense Simon Levin likes to call ‘apprenticeship’. Haha.

-2007 – Short term residency at the International Ceramics Research Center (ICRC) in Guldagergaard, Denmark.  I took a short break from Mark’s to participate in the ‘Nordic Woodfire Marathon’.  It was intense and great.  Potters from all over converged in Denmark to fill and fire wood kilns nonstop for a whole month.

(obviously this is pretty pared down.  You can use any or none of it)

-2004-2005 – Studio Manager – Gardendance, Hillsborough, NC. – Mostly pouring and popping molds, firing kilns (electric and gas/salt), power extrusions, pressmolds, etc.  It wasn’t a bullshit title – I actually supervised two others who did everything I did minus the kiln stuff.

-2009-2011 – Core Member – Franklin Street Arts Collective (FRANK) Gallery. – I was a core and founding member of an art collective gallery centrally located in Chapel Hill.  I served on the Gallery Committee, which installed every show.  It was a big job and lots of work.  I also helped organize and curate some shows.  I loved that place and those people, it’s the thing I’m most proud of in my career.

-I taught a bunch of pottery classes, mostly in Seattle.  I was a good teacher, but I don’t identify as an educator – I’m only mentioning it in case you need something else to pad things out. 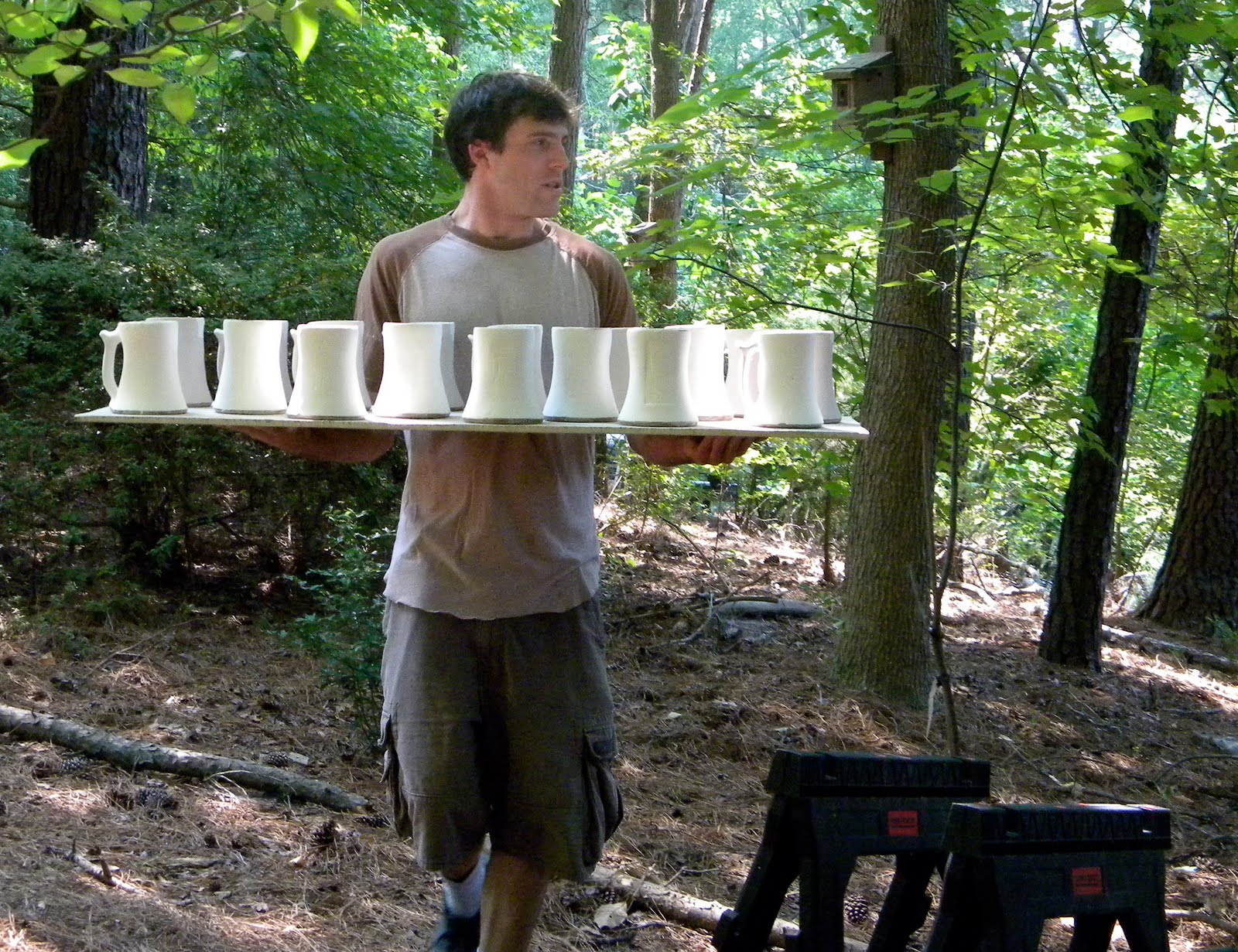