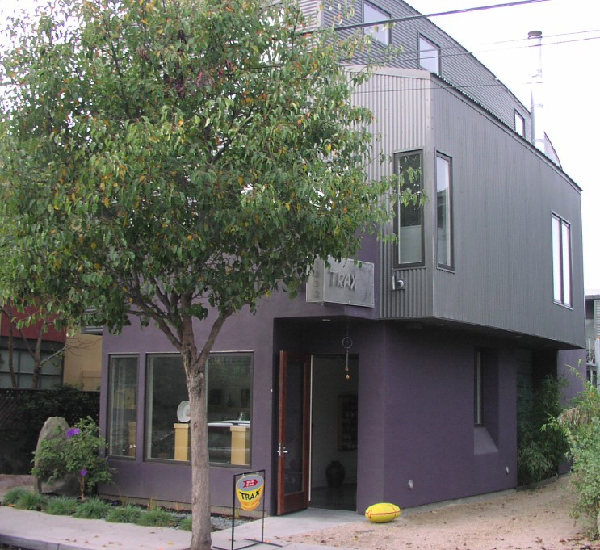 Sandy Simon, a potter, started TRAX gallery in 1995 in a warehouse on the railroad tracks in West Berkeley, CA . The focus of TRAX is to showcase exceptional functional ware from potters across the U.S. committed to making pots. In the 20 years since it’s inception, TRAX has gained a national and international following. The majority of the pots are sold online and often shipped to other countries. Sandy’s ultimate goal is to grow the audience of appreciation so that TRAX could actually support the life and work of many potters.    TRAX hosts about 3 exhibitions per year and continually carries work by many well known potters. In 2001, Sandy and sculptor/husband, Robert Brady, built a house and studio at 1812 5th Street in West Berkeley adjacent to Berkeley’s 4th Street shopping area. Their award winning complex was designed by Berkeley architect, Charles Debbas. TRAX traditionally closes after Christmas until the end of January.  Most recently Trax is also closed during the summer months; May – Sept.,  as we trek to our summer cabin on the St. Croix River in Minnesota (Sandy’s home state).